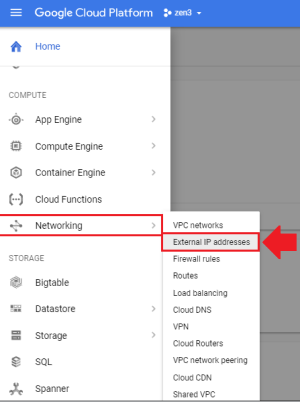 The next LTS release of Ubuntu – Ubuntu 22.04 is set to be officially released on April 21, 2021. It packs numerous enhancements and new versions of applications such as Kernel 5.15, PHP 8.1. Ruby 3.0, GNOME 42.0, and enhanced support for ARM devices such as Raspberry Pi 4.

While not officially released, you can still download Ubuntu 22.04 and give it a test drive. Alternatively, you can seamlessly upgrade from Ubuntu 20.04 to Ubuntu 22.04.

Here at Ibmi Media, we shall look into the steps to take when upgrading from Ubuntu 20.04 Focal Fossa to Ubuntu 22.04 codenamed Jammy JellyFish.

NOTE: Since you are upgrading to a new Ubuntu release, ensure to backup all your data first so that in case of any issues during the upgrade, your data is not lost.

Just to be sure that you are running the latest release, execute the following command:

Next, run the following command to prepare your system for the upgrade:

The command handles switching dependencies between different versions of Ubuntu.

Before we begin the upgrade, we need to install a crucial package known as update-manager-core . This manages release upgrades:

Next, run the following command to start the upgrade to Ubuntu 22.04 Jammy Jellyfish. The -d option gives the green light for the command to proceed with the upgrade despite the fact that the latest version is yet to be officially released. Simply put, the option implies upgrading to the development release:

The update manager will probe for a new Ubuntu release from official Ubuntu servers.

Your system repositories will then be updated with Ubuntu 22.04 package lists.

The update manager will then determine which packages need to be removed and which are going to be installed. Also, the updater will determine the size of the upgrade and the approximate time it will take to successfully complete the upgrade based on your internet connection.

To begin the upgrade, press 'Y'. To display a list of all the packages that are going to be installed and upgraded, press 'd'.

During the upgrade, the installer will remove obsolete packages and install new packages for Ubuntu 22.04 including the latest kernel ( kernel 5.15 )

The upgrade will take quite a while, so be patient. It's also a great time to take a coffee break.

Once the upgrade is complete, you will be prompted to restart, so go ahead and press 'y' and press ENTER to boot into your new Ubuntu release!

By the time you are logging back in, Ubuntu should already be upgraded to Ubuntu 22.04. If you are running a GUI, you should see a new animal mascot on the desktop background.

On the terminal, you can verify this using the command:

From the output, you will see that we are running Ubuntu 22.04!

[Need help in upgrading your Ubuntu Linux system ? We can help you. ]