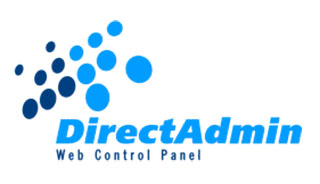 Linux is a popular open-source software and its use is totally free. This means that Linux can be downloaded from the internet and redistributed under the GNU license. Furthermore, it has security, scalability, and flexibility advantages over other operating systems. Linux has far more computer power than Windows, and it also comes with super device support. Huge amounts of data are dealt with by data scientists, and that is challenging to manage in Linux distributions easily. A Linux distribution, also called a "Linux Distro", is a free Linux operating system that comes with different components such as software installation, tools for management, and other software.

Here at Ibmi Media, we shall look into the best Linux distributions.

Which is the Best Linux Distro in Data Science?

The best Linux distributions for data science are mentioned below:

Ubuntu is the best Linux operating system for data scientists all across the world. It's also the most widely used Linux distribution on public clouds with machine learning capabilities. Canonical created the open-source Linux operating system Ubuntu, which was originally published in 2004. Ubuntu, which is based on Debian's design and infrastructure, is ideal for novices. It's designed for enterprise servers, desktops, the cloud, and the Internet of Things.

For community science initiatives, Ubuntu for Data Science is a fantastic solution. For initiatives that demand a significant volume of data and the ability to swiftly evaluate and convey that data.

Fedora is another famous Linux operating system for data scientists all over the world. The Fedora Project was founded as a way for computer users to share their enthusiasm for free software with the rest of the world. The Fedora Project, on the other hand, has evolved into a community dedicated to the advancement of free software and making this world a better place through software openness. In data science, Fedora can assist your firm in moving forward with its research goals. Consider starting with a Fedora Hub Network, which connects Fedora users who are interested in furthering scientific research. This category could include networkers with backgrounds in data analysis, physical sciences, or statistics.

Fedora users may connect with hundreds and thousands of people who are involved in the Fedora project by using the Fedora Hub Network. You'll get access to the information, tools, and discussions you’ll need to keep track of the progress of producing and sharing scientific data.

Forming groups within the Fedora community might help you acquire formal support and continue to participate in your data science projects. By becoming an official supporter of a Fedora project, you will be able to provide information and assistance to other Fedora users, as well as acquire recognition and influence in the scientific community.

Open Source, often known as OpenSUSE, is a Linux-based operating system that has all of the features required to run a big data center. With OpenSUSE, users can have the best technology to run their data centers. High-performance computing, database management, and website creation are also provided. Data scientists can work with data from any source to create, save, access, and examine it using a robust database management system (DMS).

It has an easy-to-use interface for managing tasks and user access. It enables users to effectively manage storage and bandwidth. OpenSUSE comes in a variety of distributions, including Linux, Fedora, Mandriva, OpenSUSE, and Solaris, all of which allow varying degrees of freedom.

Most of its functionality is the same as that of SQL servers, but Open Source offers several advantages that make it the better choice for scientific data. Users can access and use scientific data straight from their systems thanks to open-source software. It allows you to do so without having to worry about IT support or license issues.

This article covers the best Linux Distros available which are Ubuntu, Fedora, and OpenSUSE.