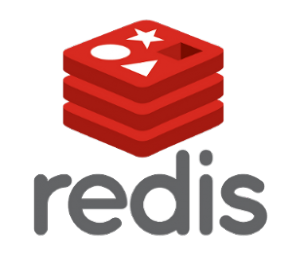 Do you need support in installing Redis on Centos 7? We offer installation services on CentOS.

Setting up Redis on CentOS 7 is not just about going through the normal Installation process but there are key security, firewall as well as file permissions implementations which must be done to improve security.

We do Redis installation for numerous customers on a daily basis as part of our Linux Server Services.

In this context, we shall look into the processes taken to setup Redis.

How to install Redis on Centos7?

To get Redis installed, it is important to add the Extra Packages for Enterprise Linux (EPEL) repository to the Server's environment package list.

Next, With the yum command, install EPEL;

Then, proceed with the installation of Redis with the command below;

To verify if the redis service has started successfully, use the command below;

Now you will see that Redis is running on your server. The next step is to configure it to improve server security.

By default, Redis is not great at providing security. This is why it is important to set a firewall for it so as to protect the server in general. To implement this, locate the Redis configuration file /etc/redis.conf and modify it by uncommenting the bind line with the following command;

It is recommended that you do not use a public IP address to avoid vulnerability by eternal threats. Therefore using a private IP address is better.
Making Redis accessible from another host is made possible by using the firewall-cmd command which will help to modify the firewalld configuration. Start by adding a dedicated Redis zone to the firewalld policy as shown below;

Tell the server the port (The default port for Redis is 6379) you want Redis to use with the command below;

As recommended previously, the firewall should be mapped to a Private IP address to be used by Redis. Use the command below;

The next step is to reload the firewall to effect the new rule changes with the command below;

To further strengthen the security of the Server, it is recommended to use a very strong password in Redis configuration file to prevent unauthorized users from gaining access to the Server's database. To implement this, head to the configuration file /etc/redis.conf. Use the command below to edit the file;

look out for the Security area for the requirepass directive which is commented by default. You should uncomment it and use a stronger password;

After changing the password, save the file and restart Redis. Confirm that the password is working with the command below;

To authenticate the password specified in the Redis configuration file, use the command below;

To complete this process, run the key1 command below;

After this, ensure that only the Redis user can read and/or write to the configuration file with the command below;

Finally, you can restart the Redis service to effect changes.

Need support in Redis Installation or setting up Redis Security? Consult us Now.


Conclusion
The Process of Installing Redis and Setting its Firewall on Centos 7.