Here at Ibmi Media, we shall look into more about using wireguard on a DigitalOcean Ubuntu server.

More about WireGuard on DigitalOcean ?

WireGuard is a new VPN implementation in the Linux 5.6 kernel in 2020 and is faster and easier to use than other popular VPN options such as IPsec and OpenVPN. So we can use a VPN to access untrusted networks as if they were private networks. It allows us to use our smartphone or laptop to access the internet safely and securely when connected to an untrusted network, such as the WiFi at a hotel or coffee shop.

For peers to establish an encrypted tunnel between themselves, WireGuard's encryption relies on public and private keys. To ensure simplicity, security, and peer compatibility, each version of WireGuard employs a unique cryptographic cypher suite. Other VPN software, such as OpenVPN and IPSec, authenticate and establish encrypted tunnels between systems using Transport Layer Security (TLS) and certificates.

While different versions of TLS support hundreds of different cryptographic suites and algorithms, this provides a lot of flexibility in terms of supporting different clients, but it also makes configuring a VPN that uses TLS more time consuming, complex, and error prone.

To begin, update the system's package index by running the below command:

3. Use root user and set permission

Now, switch to the root user and ensure that it can access any files created after this point:

Now, Create the private key for WireGuard and change its permissions using the following commands:

Now we have a private key that only the server should have and be aware of, as well as a public key that all VPN clients connecting to this server should be aware of. Then, at /etc/wireguard/wg0.conf, create a configuration file.

6. When we use wg-quick to start/stop the VPN interface, it creates one with the name wg0.

Then, using cat /etc/wireguard/privatekey, print out our private key, and then add the following to the configuration file:

You can start the VPN with the below command:

If you want the VPN to start automatically when you boot up your server, use the command:

How to configure WireGuard client on Ubuntu ?

1. To begin, install WireGuard with the below commands:

3. Ensure that only root user can access any files created after this point:

4. Then, in /etc/wireguard, generate keys:

5. Then, create a configuration file with the following content at /etc/wireguard/wg0.conf:

6. The VPN server must be configured to allow connections from the client before the VPN can be started on the client. Reopen /etc/wireguard/wg0.conf on the VPN server and make the following changes:

The [Peer] section has been added to allow the VPN server to coordinate encryption keys with the client and to verify that traffic from and to the client is permitted.

7. Then, on the server, restart the WireGuard interface to apply the changes:

8. If we don't want active VPN connections to be disrupted or dropped, reload the configuration file with:

9. Finally, we can start the VPN on the client wg syncconf wg0 <(wg-quick strip wg0):

When using a Chromebook to Connect WireGuard ?

It's preferable to use the official Android WireGuard app when connecting to a WireGuard VPN from a Chromebook. Because crouton uses a chroot, my attempts to run WireGuard under it failed, and we wwere stuck with the Chromebook's old Linux kernel (4.19) and unable to add kernel modules or network interfaces from within crouton. Similarly, crostini does not support updating or using custom kernel modules, but it does offer a convenient way to SSH into VPN-accessible servers while the Android WireGuard app is running.

When using other devices to connect WireGuard ?

[Need help in fixing DigitalOcean Linux system issues ? We can help you. ]

This article covers how wireguard works on the Digitalocean platform running Ubuntu 22.04 (Jammy Jellyfish). In fact, WireGuard's encryption relies on public and private keys for peers to establish an encrypted tunnel between themselves. Each version of WireGuard uses a specific cryptographic cipher suite to ensure simplicity, security, and compatibility with peers.

Here, you will learn how to route the peer's Internet traffic through the WireGuard server in a gateway configuration, in addition to using the VPN for an encrypted peer-to-peer tunnel.

WireGuard vs OpenVPN , Which is better?

More about Terraform VPC in your DigitalOcean droplet ?

Using SCP Command in DigitalOcean Server - All about it ? 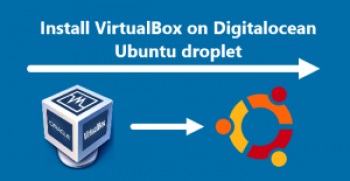 Install Jenkins in Centos 8 in Digitalocean - Step by step guide ?