Linux vs Windows file systems - Which do you prefer 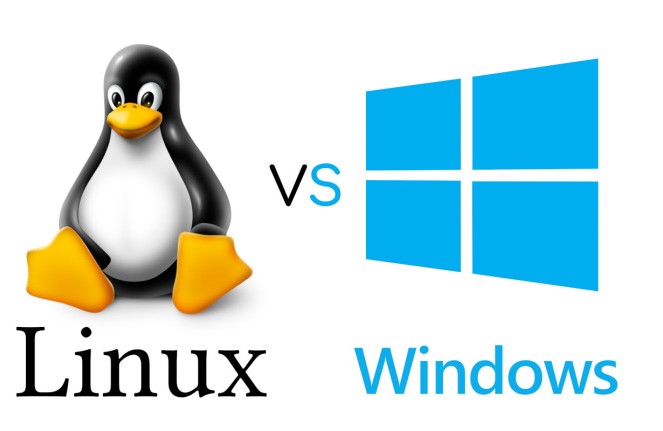 Are you confused between Linux vs Windows file systems?

This guide will help you make up your mind.

Linux is generally more secure than Windows. Even though attack vectors are still discovered in Linux, due to its open-source technology, anyone can review the vulnerabilities, which makes the identification and resolving process faster and easier.

Both Windows and Linux use file systems to store data in an organized manner.

They organize disk-based files into a hierarchy of directories. Such directories are, "folders" and a whole hierarchy is a "file system" on both platforms.

Here at Ibmi Media, as part of our Server Management Services, we regularly help our Customers to perform Linux related queries.

In this context, we shall look into the conflict between Linux vs Windows file systems.

It begins from the root directory, represented by the symbol /, which then expands into the sub-directories.

In Windows, during the boot process, it detects partitions and assigns a drive letter.

Under Linux, the system must mount partitions and devices during the boot process.

Windows makes use of FAT and NTFS file systems.

FAT: File Allocation Table (FAT) is the initial file system in Windows. The FAT file system was used in DOS and the three versions of FAT are FAT12, FAT16 and FAT32.

NTFS: NTFS, introduced with the Windows NT operating system, has much fewer file size limitations. Basically, Microsoft developed NTFS to compete with UNIX, by replacing the much more simple FAT.

In Windows, we don't have to worry about the file system, the default one is NTFS. Linux however, being built on a world of open source and differing opinions are not limited in this way.

On Linux, everything is a file. If something is not a file, then it is a process. Here, there is no difference between a file and a directory. A directory is simply a file containing names of other files. A variety of file systems can be sued with Linux.

Minix: It is the filesystem in the Minix operating system, the first to run under Linux.

Ext: It is an elaborate extension of the Minix filesystem.

Ext2: It is the high-performance disk filesystem by Linux for fixed disks as well as removable media. It was designed as an extension of the extended file system (ext). ext2 offers the best performance (in terms of speed and CPU usage).

Linux also has "msdos" and "vfat" file systems for compatibility with Windows.

Each Windows file system has a File Allocation Table that states which disk blocks hold the topmost directory. On Linux, the equivalent on most filesystems is the superblock.

A Linux file system has multiple copies of the superblock physically saved on the disk. This provides redundancy in case of partial disk corruption.

In terms of recovery tools, Windows can use only limited tools, while there is a large number of UNIX-based recovery tools available for Linux file systems.

Unlike Windows, Linux is bootable from a network drive.

Linux has two kinds of major partitions called data partitions and swap partitions. Hence, we never run out of memory in Linux.

While Windows use FORMAT.EXE to format a disk, Linux use “mkfs” (“make file system”) in various specialist forms.

[Need urgent assistance to fix Linux errors? We are available to help you. ]

This article covers difference between Linux and Windows file system. Basically, both Windows and Linux use file systems to store data in an organized manner.

2. The client-server systems can be easily set to a Linux system.

3. It provides various command-line tools such as ssh, ip, mail, telnet, and more for connectivity with the other systems and servers.

4. Tasks such as network backup are much faster than others.

1. No single way of packaging software.

Why Linux is not popular as Windows?

The main reason why Linux is not popular on the desktop is that it doesn't have “the one” OS for the desktop as does Microsoft with its Windows and Apple with its macOS.

If Linux had only one operating system, then the scenario would be totally different today. Linux kernel has some 27.8 million lines of code.

Linux a good operating system and widely considered one of the most reliable, stable, and secure operating systems too. In fact, many software developers choose Linux as their preferred OS for their projects.

It is important, however, to point out that the term "Linux" only really applies to the core kernel of the OS.

Reasons Why Linux Is Better Than Windows:

1. Total cost of ownership. The most obvious advantage is that Linux is free whereas Windows is not.

2. Beginner friendly and easy to use. Windows OS is one of the simplest desktop OS available today.

3. Reliability. Linux is more reliable when compared to Windows.

The easiest and most reliable way to share files between a Linux and Windows computer on the same local area network is to use the Samba file sharing protocol.

All modern versions of Windows come with Samba installed, and Samba is installed by default on most distributions of Linux.

Linux can read NTFS drives using the old NTFS filesystem that comes with the kernel, assuming that the person that compiled the kernel didn't choose to disable it.

To add write access, it's more reliable to use the FUSE ntfs-3g driver, which is included in most distributions.

For typical everyday Linux use, there's absolutely nothing tricky or technical you need to learn. Running a Linux server, of course, is another matter just as running a Windows server is.

But for typical use on the desktop, if you've already learned one operating system, Linux should not be difficult.

Is Linux a good career choice?

A Linux Administrator job can definitely be something you can start your career with.

It is basically the first step to start working in the Linux industry.

Literally every company nowadays works on Linux. So yes, you are good to go.