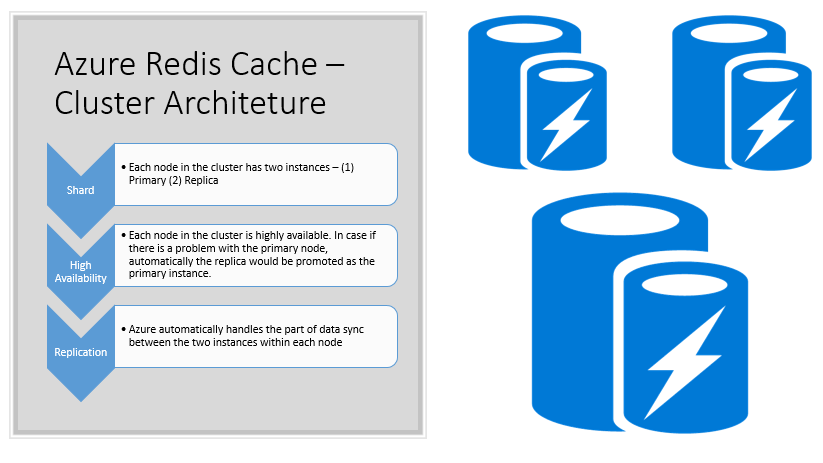 The Azure Redis Cache is a high-performance caching service that provides in-memory data store for faster retrieval of data. It is based on the open-source implementation Redis cache. This ensures low latency and high throughput by reducing the need to perform slow I/O operations.

Redis has a critical low-latency and high-throughput data storage solution to modern applications. Azure Cache for Redis offers Redis as a managed service.

Here at Ibmi Media, as part of our Server Management Services, we regularly help our Customers to perform Azure Cache for Redis related tasks.

More about Azure Cache for Redis?

The service is operated by Microsoft, hosted on Azure, and accessible to any application within or outside of Azure.

Further, it can also be used as a distributed data or content cache, a session store, a message broker, and more.

And can be deployed as a standalone or alongside other Azure database services, such as Azure SQL or Cosmos DB.

Azure Cache for Redis is available in the following tiers:

The Basic tier has no service-level agreement (SLA).

2. Standard: A replicated cache in a two-node, primary/replica, configuration managed by Azure with a high-availability SLA.

3. Premium: The Premium tier is the Enterprise-ready tier. Premium tier Caches support more features and have higher throughput with lower latencies. Caches in the Premium tier are deployed on more powerful hardware providing better performance compared to the Basic or Standard Tier.

By following the best practices, we can maximize the performance and cost-effective use of Azure Cache for Redis instance.

1. Firstly, use the Standard or Premium tier for production systems.

2. Redis is an in-memory data store.

3. Develop the system in a way to handle connection blips because of patching and failover.

6. Locate the cache instance and the application in the same region. Connecting to a cache in a different region can significantly increase latency and reduce reliability.

8. Configure the client library to use a connect timeout of at least 15 seconds, giving the system time to connect even under higher CPU conditions.

9. Avoid expensive operations – Some Redis operations, like the KEYS command, are very expensive and should be avoided.

11. Idle Timeout – Azure Redis currently has a 10-minute idle timeout for connections, so this should be set to less than 10 minutes.

1. Choose an eviction policy that works for the application.

2. Set an expiration value on keys.

1. Start by using redis-benchmark.exe to get a feel for possible throughput/latency before writing our own perf tests. Note that redis-benchmark does not support TLS, so we will have to enable the Non-TLS port through the Portal before we run the test.

2. The client VM used for testing should be in the same region as our Redis cache instance.

3. Using  Dv2 VM Series for our client as they have better hardware and will give the best results.

4. Make sure the client VM we use has at least as much bandwidth as the cache being tested.

7. Consider using Premium tier Redis instances. These cache sizes will have better network latency and throughput because they are running on better hardware for both CPU and Network.

Pre-test setup: Prepare the cache instance with data required for the latency and throughput testing commands listed below:

To test latency: Test GET requests using a 1k payload:

To test throughput: Pipelined GET requests with 1k payload.

[Need assistance to fix Redis Cache related errors? We are happy to help you. ]

1. Use Standard or Premium tier for production systems. The Basic tier is a single node system with no data replication and no SLA.

2. Remember that Redis is an in-memory data store.

3. Develop your system such that it can handle connection blips because of patching and failover.

6. Locate your cache instance and your application in the same region. Connecting to a cache in a different region can significantly increase latency and reduce reliability.

8. Configure your client library to use a connect timeout of at least 15 seconds, giving the system time to connect even under higher CPU conditions.