Virtuozzo VS Hyper-V - Which is better 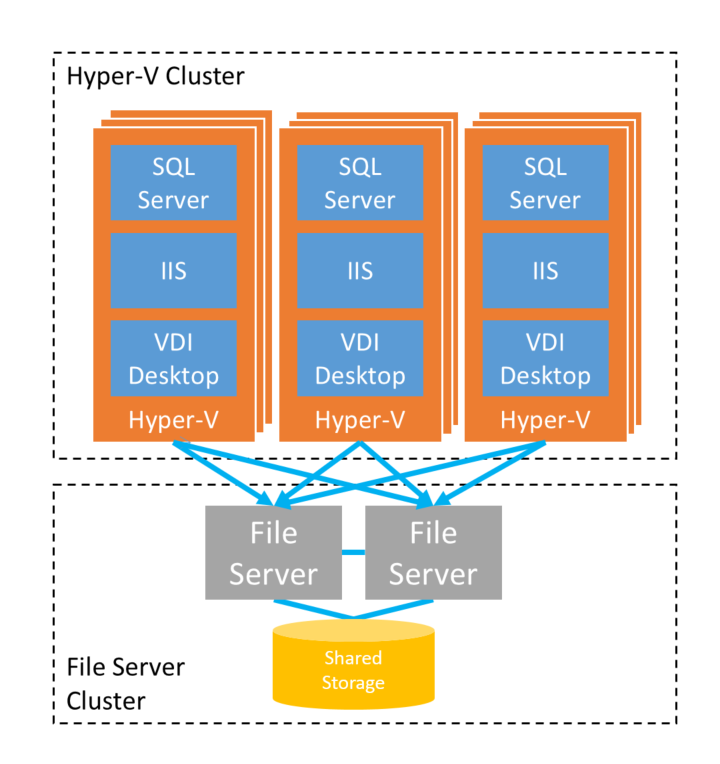 Being the two commonly used virtualization technologies, Virtuozzo VS Hyper-V is a tough decision to make.

Here at Ibmi Media, as part of our Server Management Services, we regularly help our Customers to perform Server Control panel related queries.

In this context, we shall review Virtuozzo and Hyper-V.

Here is a small comparison between Virtuozzo and Hyper-v, which discuss the key difference between these two virtualization technologies.

In OS-level virtualization, creating virtual servers by utilizing a single base operating system with strong resource sharing and isolation for the guest containers is also known as container-based virtualization.

In addition, finite number of resources can allocate to users depending on their needs.

Moreover, we can use it with either a Windows or Linux OS.

In Virtuozzo, all the virtual machines in a hardware node run on the same kernel. Therefore we can create only Linux virtual servers inside a Linux hardware node. So is the case with windows hardware nodes.

Hence, any patch or updates applied to the main hardware node will propagate to all the virtual servers inside it.

A drawback of this technology is that we cannot employ full customization on any particular virtual server.

In the case of a dedicated server, we may want to run multiple OSs (Windows and Linux) on the same server. In such cases, we will not be able to use OS Level Virtualization.

If we require a customized kernel or unique kernel modules on a server, then a Hypervisor VPS is the best suite for your needs.

A Hypervisor server employs true virtualization providing each guest virtual machine with its own virtual hardware.

We can install any OS in the virtual server as per our requirements. In addition, we can allocate resources according to our needs.

Since all the virtual machines isolate from each other, we can customize our server and apply security patches without affecting other servers. This is one of the major advantages of it.

A good example of hypervisor-based virtualization is Hyper-V.

The hyper-v servers are basically windows VPS and we use Hyper-V Manager to manage the VPS on a hardware node.

In hyper-v servers, the resource assigned to a VPS is specific to that VPS and will no other VPS will use it on the hardware node. This ensures better performance on the VPS.

When to use a Virtuozzo VPS?

5. Patches are applied automatically on all VPS.

When to use a hypervisor VPS?

1. To run multiple OS on a dedicated server.

5. Full control of all updates and patches.

[Ready to make your choice between Virtuozzo or Hyper-V? Follow us for more .]

This article covers some comparison between Virtuozzo VS Hyper-V.

Advantages of using Virtuozzo over Hyper-V include:

1. Direct Linux support – Virtuozzo can be installed on their Windows or Linux VPS hosting nodes, and although Hyper-V can be used for the hosting of virtual machines running Linux it is only available for use on Windows Server 2008.

3. Separate application – the fact that Virtuozzo is a separate application which can be installed on top of the operating system can have its advantages in some cases, for example if a web hosting providers wishes to discontinue using a server for VPS server hosting then all they have to do is uninstall the application from their server, although in most cases it is advised to do an OS reload anyway to ensure that you have a blank canvas to start with.

Advantages of using Hyper-V over Virtuozzo: