Assign Multiple IP Addresses to Single NIC in Linux Mint 20 - How to Do it ?

This article covers how to assign multiple IP addresses to a single interface in Mint OS. By following our guide carefully, you can either assign the IP address temporarily or permanently to your network interface.

Now, in order to add additional IP addresses you'll need to edit the configuration file (from hereon called “config file”) for this specific interface. On CentOS 7, the interface config files are located in /etc/sysconfig/network-scripts/ and they are all prefixed with ifcfg-.

To configure a static IP address on CentOS  / RHEL :

How do I login as a different user in Linux?

To change to a different user and create a session as if the other user had logged in from a command prompt, type "su -" followed by a space and the target user's username. Type the target user's password when prompted.

What is Nmcli in Linux?

nmcli is a command-line tool which is used for controlling NetworkManager. nmcli commnad can also be used to display network device status, create, edit, activate/deactivate, and delete network connections. Typical Uses: Scripts: Instead of manually managing the network connections it utilize NetworkMaager via nmcli.

Difference between the output of ifconfig and ipconfig:

Functionality: The ipconfig command displays all the currently connected network interfaces whether they are active or not.

On the other hand, the ifconfig command displays only the enabled network interfaces that are connected to the system.

Create and Run a Shell Script in Linux Mint 20 - Step by Step process to perform this ?

This article covers the method of creating and running a shell script in Linux Mint 20.

With this, you can write and execute complex shell scripts in Linux Mint 20 very easily.

To write and execute a script:

1. Open the terminal. Go to the directory where you want to create your script.

2. Create a file with . sh extension.

3. Write the script in the file using an editor.

To save a .sh file in Ubuntu:

2. nano should open up and present an empty file for you to work in.

3. Then press Ctrl-X on your keyboard to Exit nano.

4. nano will ask you if you want to save the modified file.

5. nano will then confirm if you want to save to the file named hello.sh.

To Make a Bash Script Executable in Linux:

1) Create a new text file with a . sh extension.

2) Add #!/bin/bash to the top of it. This is necessary for the “make it executable” part.

3) Add lines that you'd normally type at the command line.

5) Run it whenever you need! 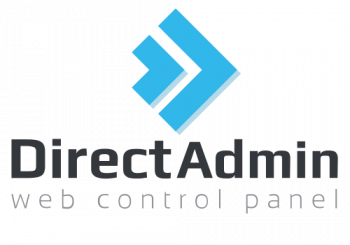 Create and Run a Perl Script in Linux Mint - How to perform this task ?

This article covers how to create and execute a Perl script in Linux Mint 20. Moreover, if Perl is not installed on your system already, then we have even shared with you the method of installing it on your system and also ensuring if its interpreter exists there or not.

Perl is a programming language that can be used to perform tasks that would be difficult or cumbersome on the command line. Perl is included by default with most GNU/Linux distributions.

PERL- Practical Extraction and Reporting Language (not an official acronym), is a stable and cross-platform language and was created by Larry Wall.

To run a Perl script in Unix:

1. Find the interpreter/executors path. In this case its /usr/bin/perl or /usr/bin/env perl.

3. Give execute permission to the file chmod +x example.pl.

1. Perl takes the best features from other languages, such as C, awk, sed, sh, and BASIC, among others.

3. Perl works with HTML, XML, and other mark-up languages.

6. Perl interfaces with external C/C++ libraries through XS or SWIG.

8. The Perl interpreter can be embedded into other systems.

To install Perl in Linux:

2. Download the zipped source code available for Unix/Linux by running the below command:

3. After download the zip file runs the below commands to extract and install Perl:

How to write your Perl script in Linux?

You can write your Perl script in a text file and the text file should have the extension '.pl'.

To run your Perl script run the below command. 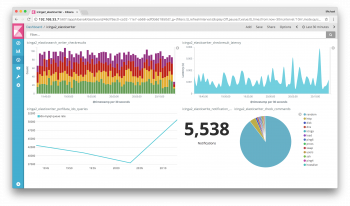 Configure NFS Server and Client on Linux Mint 20 - Step by Step process to do it ?

Network File System (NFS), is a distributed file system that allows various remote systems to access a file share. We all know that files should be stored on a central server for security and ease of backup. NFS provides us with a file sharing service that is easily managed and controls client access to resources.

To Install the NFS Client on the Client Systems:

1. Install the NFS-Common Package. As is the norm, begin by updating the system packages and repositories before anything else.

A Network File System (NFS) allows remote hosts to mount file systems over a network and interact with those file systems as though they are mounted locally. This enables system administrators to consolidate resources onto centralized servers on the network.

Benefits of setting up an NFS server:

1. Enables multiple computers to use the same files, so everyone on the network can access the same data.

2. Reduces storage costs by having computers share applications instead of needing local disk space for each user application.

This article covers methods to reboot the Linux Mint. If you want to shut down your Linux Mint instead of rebooting, Learn How to Shutdown Linux Mint 20 .

Rebooting is the same as restarting, and close enough to powering off and then turning off your device. The purpose is to close and reopen the operating system. Resetting, on the other hand, means taking the device back to the state in which it left the factory. Resetting wipes all your personal data.

1. To reboot the Linux system from a terminal session, sign in or "su"/"sudo" to the "root" account.

3. Wait for some time and the Linux server will reboot itself.

To shut down Linux Mint:

You will be prompted for your root password. After that, you're done and can type "exit" to exit out of the Terminal.

Linux Commands to Shutdown and Reboot the System:

1. Linux shutdown / reboot command. On Linux, like all tasks, the shutdown and restart operations can also be done from the command line.

Install Chrony on Linux Mint - Easy steps to do it ?

This article covers how to #install Chrony on Linux Mint 20. Once it will be installed on your system, its daemon will silently work in the background to synchronize your system's clock with the #NTP server.

However, if you do not want Chrony to perform this job any longer, then you can simply uninstall it as well.

Chrony is a flexible implementation of the Network Time Protocol (NTP).

It is used to synchronize the system clock from different NTP servers, reference clocks or via manual input.

2. chronyd – daemon that can be started at boot time

How to Install #Chrony in #Linux :

On some systems, chrony may be installed by default. Still if the package is missing, you can easily install it.

To check the status of chronyd use the following command:

If you want to enable chrony daemon upon boot, you can use the following command:

How to Check Chrony Synchronization in Linux ?

To check if chrony is actually synchronized, we will use it's command line program chronyc, which has the tracking option which will provide relevant information:

To check information about chrony’s sources, you can issue the following command: