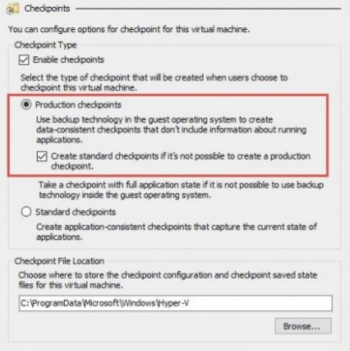 Working with Production checkpoint in Hyper-V 2016

This article will guide you on how to change the checkpoints in Hyper-V. Hyper-V #checkpoints allow IT #administrators to easily save the existing state of a virtual #machine before any changes are made so that if a problem crops up due to the changes, the #VM can revert to its previous state.

This article will guide you on the process to modify the data #storage location in a #Nagios #Log #Server.

The Nagios Core log, includes checks, notifications, external #commands, and events. This file is rotated daily into the /usr/local/nagios/var/archives folder by default setting in nagios.

DATA_DIR="$ES_HOME/data" Modify it to the new path you would like to use: DATA_DIR="/new/path/data" Save the file and exit vi. The time it takes to move your existing data will vary depending on how much data there is and the speed of the source and destination #paths. 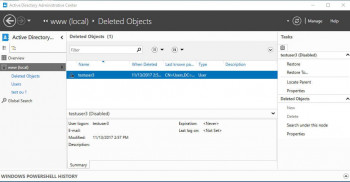 How to restore Deleted Active Directory Objects and Users

This article will put you through the steps to restore Deleted Active Directory Objects/Users. You can also right click on any unwanted change or object deletion in #Active #Directory and click “Rollback Change” to restore the change with a single-click.

Active Directory #Recycle Bin feature preserves all link valued and non link valued attributes. This means that a restored object will retain all it's settings when restored. By default, a deleted object can be restored within 180 days. 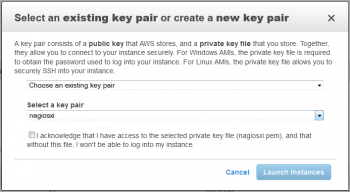 This article will guide you on how to create a #Nagios log server instance in the amazon ec2 #cloud. To enable these reports, simply enable Detailed Billing Reports With #Resources and Tags for your account. Then open up the Reports tab of the Billing #Console. From there you can look at the EC2 Instance Usage Report and the #EC2 Reserved Instance Utilization Report. 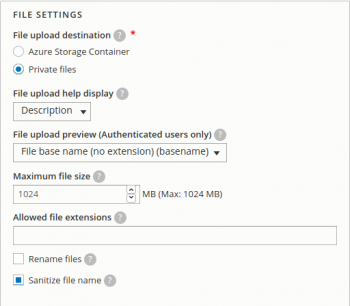 This article will guide you on how to store the uploaded #files inside Azure in a Drupal #CMS. The Windows #Azure #Blob module allows for the uploading and storing of files on the Windows Azure #storage service.

All of the data is stored in #RAM, so the speed of this system is phenomenal, often performing even better than #Memcached.

Redis is much more than a cache. But unlike a cache, Redis lets you operate on the values. There are 5 data types in Redis - Strings, Sets, Hash, Lists and Sorted Sets. Each data type exposes various #operations.