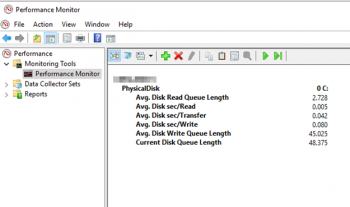 This article will guide you on use performance counters (#Perfmon) to identify SQL server disk bottlenecks.

Reliability #Monitor shows you your system stability history at a glance and lets you see details on a day-by-day basis about events that impact reliability. Reliability Monitor provides a quick view of how stability the system has been.

1. The Performance Monitor is primarily for viewing real time #statistics.

2. By default only one counter is selected; the %Processor Time counter. However you can add additional counters by clicking on the green plus sign.

3. This will allow you to monitor any counters you wish in real time.

4. Difference Between Performance Monitor and #Resource Monitor is that a performance monitor is a program that assesses and reports information about various computer resources and devices.

5. While Resource Monitor is a tool by which you can monitor the usage of your CPU. 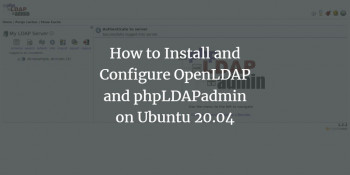 OpenLDAP and phpLDAPadmin on Linux

#Kerberos is used to manage credentials securely (authentication) while LDAP is used for holding authoritative information about the accounts, such as what they're allowed to access (authorization), the user's full name and uid.

Point your browser to http://IP_OF_SERVER/phpldapadmin (IP_OF_SERVER is the actual IP address of your LDAP server).

From the main window, click the login button in the left pane.

When prompted, you will log into your DN and enter the password for the admin user created during the slapd reconfiguration. 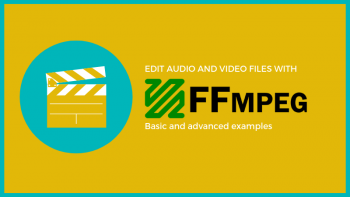 This article will guide you on how to install FFMPEG on #CentOS and fix its related #errors. FFmpeg is a powerful tool that can do almost anything with #multimedia files.

FFmpeg is a standard package on many #linux systems.

You can check if it is installed with a #command like dpkg -s ffmpeg .

If it is not installed, you should be able to install with your system's package manager. i.e. sudo apt-get install ffmpeg or search 'ffmpeg' in the Software Center on Ubuntu.

To run #FFmpeg in #Linux:

This article will guide you on more information about MySQL error logs and methods to resolve its errors.

You will learn how to fix MySQL errors, crashes and other unexpected behavior from #MySQL.

2. restart the computer or the mysqld service service mysqld restart.

1. Login to your server using an #SSH client.

This article will guide you on how to enable #FirewallD logging for denied packets on #Linux. It is an important task to keep an eye on the rejected and dropped packets using FirewallD for #Linux system administrators.

To enable logging option you need to use #LOG iptables/kernel module. It turn on kernel logging of matching packets. When this option is set for a rule, the Linux kernel will print some information on all matching packets (like most IP header fields) via the kernel log.

2. iptables -A INPUT -j LOGGING: All the remaining incoming packets will jump to the LOGGING chain.

i. To start firewall from a shell enter: # chkconfig iptables on. # service iptables start.

The #docker build command builds Docker images from a Dockerfile and a “context”.

A build's context is the set of files located in the specified PATH or URL . The build process can refer to any of the files in the context.

With Dockerfile written, you can build the image using the following command: $ docker build .

Containerizing an #application is the process of making it able to run and deploy under Docker containers and similar technologies that encapsulate an application with its operating system environment (a full system image).

1. docker run – Runs a command in a new container.

5. docker pull – Pulls an image or a repository from a #registry.